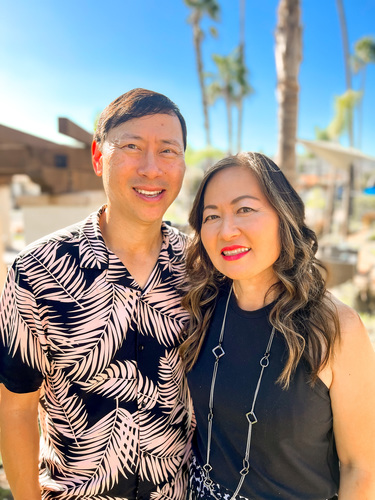 Chris Tang became a Christian as a freshman at the University of Minnesota in 1988. As a minister's son, he grew up very religious and went to church his whole life. But through studying the Bible while in college, he came to a deeper understanding of what it really means to be a Christian, not just in belief, but in life as well.

While finishing his degree in Criminal Justice, he went into the ministry in 1991 and helped plant a church in St. Paul, Minnesota. He continued in ministry in Chicago in 1992 and Los Angeles (LA) in 1995. In LA, Chris met his future wife, Rebekah, and they were married in 1996.

They have two wonderful daughters, Kaitlyn and Kylie. Chris enjoys being together with the family, traveling, reading books, and exercising. He loves the opportunity to be in the ministry and helps people change their lives and be transformed through hope in God. Reach out to Chris anytime. He would love to hear your story and be a part of your spiritual journey.

Connect with the Ministry in the Coastal Family

Chris would love to hear from you