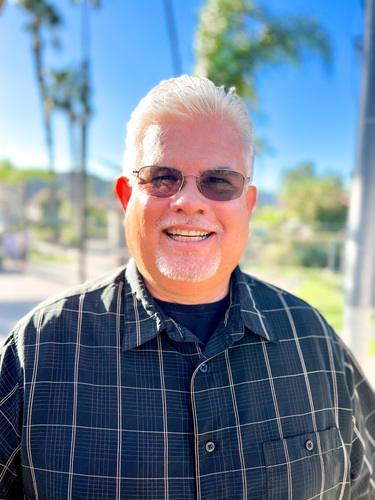 Guillermo, a native San Diegan, became a Christian in 1980 while studying Economics at Harvard University. In 1986, he and his wife, Terry, left Boston to serve as missionaries in India. During their 7 years on the mission field, they had three children while serving the churches in Mumbai, Bangalore and Chennai.

In 1993, Guillermo, Terry and their three children – Kaitlyn, Rachel and Guillermo – moved to San Diego where Guillermo has been serving for almost three decades.

Guillermo’s beloved wife, Terry, loved without boundaries and gave her heart until she finished her race victoriously and went to be with the Lord in August 2021.

Guillermo continues to serve as an Elder and Executive Minister in the San Diego Church of Christ. He also provides mentorship and training to our churches in the Middle East and India. He also works as a licensed Financial Advisor. In his free time, he loves watching Boston sports, traveling and spending time with his children and grandson.