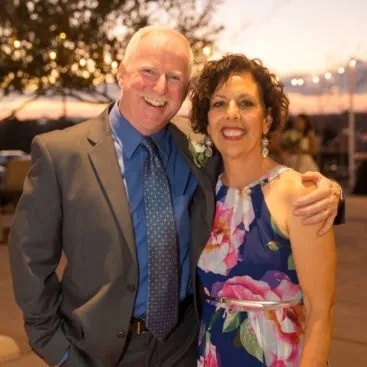 Mike and Mary Farrell were baptized in the Phoenix Valley Church of Christ while studying at Arizona State University. They were married in 1991 and moved to San Diego in 1994, where they served in the full-time ministry until 1996.

Mike and Mary have two adult children. Their older son, Austin, married the love of his life, Elise, and now they serve as campus ministers at the University of Northern Texas in Denton. Our younger son, Drew, has just finished his schooling and is hoping to work at Disneyland as it is his happiest place on Earth!

Mike works as a Clinical Research Coordinator for UC San Diego at Rady Children’s Hospital-San Diego doing infectious disease and genetics clinical drug trials in pediatrics. Mary has been a substitute teacher for both Special Education and General education in the Poway Unified School District for over 10 years.

Mike currently serves as a congregational Elder for the San Diego Church, having been appointed in 2017, and they live in Poway California. Their joys are family, filling their home with people, so Mary can serve her best Italian culinary creations, and when Mike disappears into the garage, he is in his happy place building or refinishing furniture. Best of all is enjoying life with family and friends.